Home›Jewelry›Things to know before you buy Moissanite Rings
Jewelry

Things to know before you buy Moissanite Rings 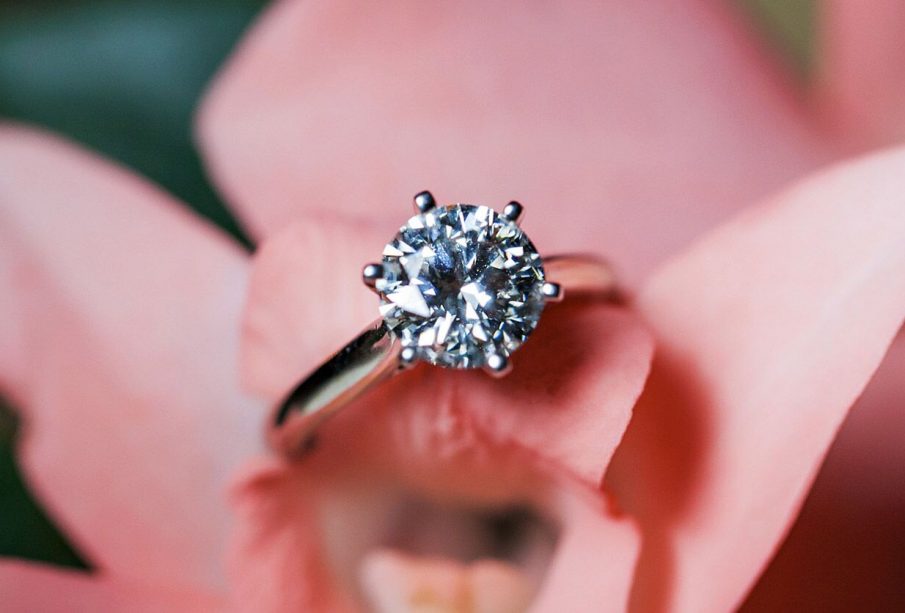 Over the last few years, Moissanite, apart from being popular, is also being considered as the closest alternative to diamonds because it is very much affordable and also possesses similar looks to the diamonds. It surely helps you in saving a lot of money and this one of the important reasons for considering it as the closest alternative to diamonds. The below-mentioned points would surely help you to buy the best Moissanite Rings for your loved ones.

According to a very famous and also the original maker of Moissanite Jewelry, Charles & Colvard, Moissanites were found in 1893 as a result of a meteor strike in Arizona Desert and it was discovered by a very famous scientist Henry Moissan.  Because of its look, it was initially known as Silicon Carbide. But later on, it was changed and named after Mr. Moissan. During the time of 1980s, further processing on Moissanites had started by a company based out in North Carolina. During the year 1998, Charles & Colvard had taken the initiative of incorporating Moissanite Jewelry and over the next few years, because of its looks and various other features, it had gained a lot of popularity and a high demand as well.

Reasons for choosing Moissanite over Diamond:

Every time whenever Moissanites are compared to the diamonds, it is always found that Moissanites are available at much affordable rates than the diamonds. Whereas the price of the Moissanite depends on the quality as well as size, the price of diamonds is based on the shape, carats, cuts, and lastly, clarity. Secondly, the natural diamonds are way too costly if compared with the ones produced in the labs. Therefore, the Moissanite easily fits in the budget whenever compared to diamond and there is always a huge price gap between the two. Based on the current pricing, if one carat of Moissanite is costing 400 dollars, then considering the same weight, the prices of diamonds would be around 4000 dollars.

Moissanites are considered to one of the hardest gems. Based on the Mohs scale of hardness, Moissanite scores around 9.25, whereas the score of diamond on the same scale is 10. This not only proves that Moissanite is hard as well as durable, but at the same time, is the closest gem to diamond based on its hardness.  It also proves that the Moissanite is strong enough and can resist any sort of breakage or scratches. Lastly, because of the score of Moissanite being so close to the diamonds, it is the best alternative of diamonds and that too at such affordable prices.

Since the colorless diamonds experience the maximum demands, Moissanite being the closest alternative automatically experiences a huge demand for the colorless Moissanite and as they have a slight yellowish or grayish presence, Moissanite is perfect to be used in weddings as well as engagements.

The Moissanite not only possesses brilliant looks but because of the presence of its ability to reflect light, it has an ever sparkling appearance as well. As because of its difference in faceting patterns, the Moissanite as well as the diamonds reflects light in different ways.  Also, in the case of diamonds, single refraction is experienced and on the other hand, two or more refractions are experienced in the case of Moissanite.

As a result, depending on the choice, few people go for the diamonds, but a lot of people love to go ahead with the stunning Moissanite Rainbow Reflection.

Moissanites are easily available throughout the world and also offer multiple shades at the same time.  In fact, the ones produced in labs also have multiple shades and you can wear each one of them for every occasion.

Although Moissanite has very attractive looks, at the same time, they are very much popular because of its sparkling as well as rainbow lights reflection.  Also, as per the studies conducted in the recent past, it is found that Moissanite is 10% more brilliant if compared with diamonds. Lastly, since the BRI of Moissanite varies in the range of 2.65 to 2.69, hence, Moissanite is much brilliant than all the alternatives of diamonds.

Since natural Moissanite is available in a very negligible quantity, in order to meet with its high demand, it is produced in the labs in huge quantities. In the case of diamonds, it is found under the earth’s surface or river beds and is majorly found in the country of Africa. These diamonds are extracted by using the process of alluvial mining and as a result, this process severely impacts the environment because of the pollutants released through the usage of such machineries and ultimately destroying and polluting the environment. Secondly, the workers working in these mines are extremely low paid and their job involves a lot of risks. Compared to it, Moissanite would be a much ethical choice because of being produced in the labs.

Last but not the least; the above-mentioned points clearly prove that Moissanites have the potential to be considered to be the closest and at the same time, the best alternative to diamonds. Although it has a lot of benefits, the most important point is that is it highly resistant to any sort of breakage and scratches as well. Due to the same, you may be rest assured that it would absolutely be the same even after thirty years of your marriage, and on the other hand, it may be used for everyday wear as well.

Some useful way to know the Lotto NZ results

Why to consider Inscription Rings as Valentine’s Day gifts for my wife?